Alumni Cheerleaders member, Angela King-Twitero, shares some photos and wonderful memories from the San Francisco 49ers Gold Rush Cheerleaders Alumni reunion weekend!  Angela returned to Northern California to celebrate the 30 year anniversary of the 49ers Gold Rush Cheerleaders.  There were almost 300 in attendance who performed at halftime!!  This is the final 49ers season at Candlestick where the first team danced 30 years ago.  John Peters not only choreographed the routine, but also performed at halftime.  John was the first 49ers mascot "Huddles", and there were 4 of the "original" team members from 30 years ago who performed: Patti Carson, Lisa Correa, Angela King and Jill Dean Steel. 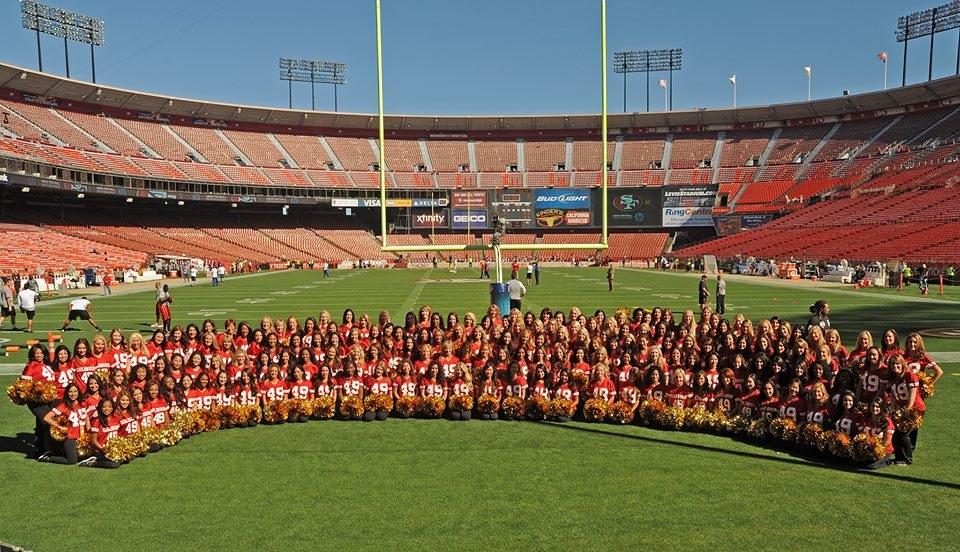 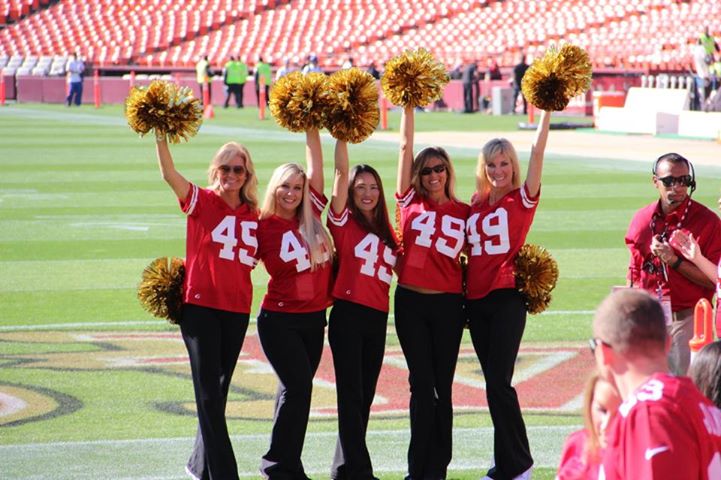 This marked another incredible achievement for Angela, Founder and CEO of Angela King Designs (AKD).  Angela was very instrumental with the cheerleaders and is one of 14 original members of the 1983 team.  She went on to cheer for seven years, including three Super Bowls, each resulting in a win for the team and a Super Bowl Ring for Angela. In a natural progression, Angela moved into management with the 49ers, and directed the cheerleaders for 5 years, which included one more Super Bowl Championship.  Way to go 49ers Goldrush Cheerleaders Alumni!! 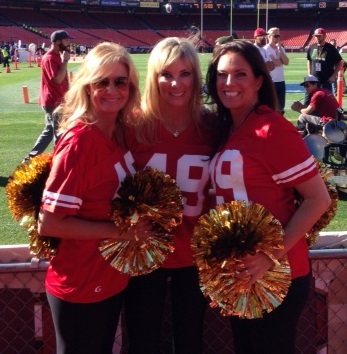 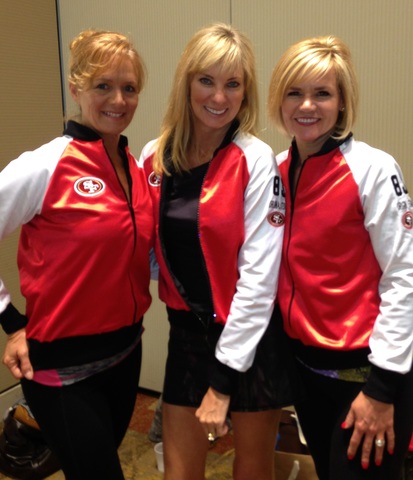 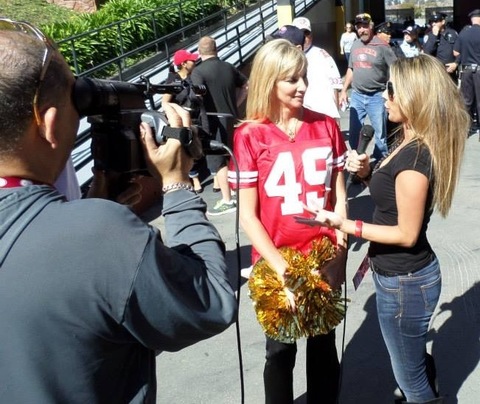 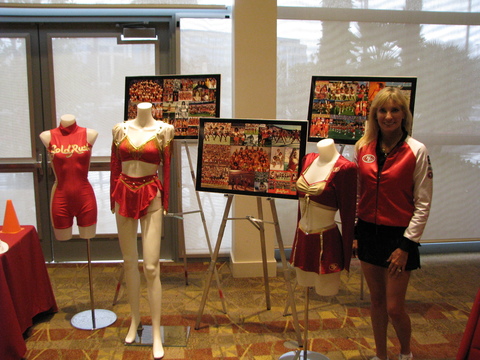 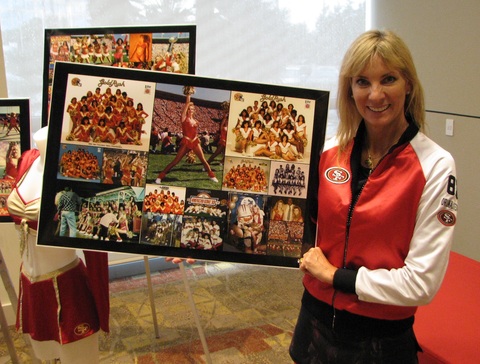 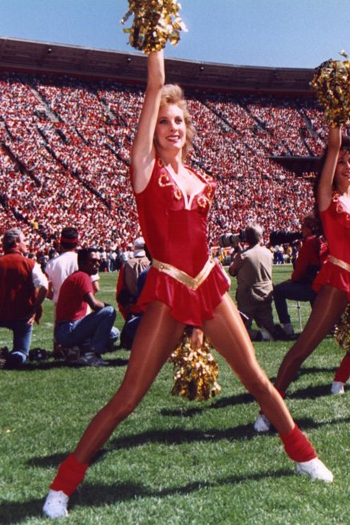