What is former Miami Dolphins Cheerleader (1992-1996), Mireya Mayor, Ph.D. doing after retiring and hanging up her poms?  Alumni Cheerleaders contacted her and found out this talented and bright young lady has been around the world in remote places, slept in a rain forest amid poisonous snakes, caring for leopards in Namibia, being chased by elephants, Central Africa’s gorillas, just to name a few.  These adventures and on being the first female correspondent for the National Geographic’s expedition series “Ultimate Explorer” earned her the nickname of “female Indiana Jones“.
Her new series “EXPEDITION AFRICA” premiered on THE HISTORY CHANNEL on May 31st2009: www.history.com/expedition.  She is one of four explorers to retrace the nearly 1,000-mile trip of Henry Stanley & David Livingstone.  Mireya and the other 3 explorers are armed with only a compass and old maps.  They face challenging terrain, conflicts of team dynamics, deadly snakes and diverse wildlife.  Please watch interview with Dr. Mayor about the upcoming series.  You can watch the 1st episode now on Comcast “On demand“.  It’s an AWESOME documentary.  Don’t miss it!

Mireya is a Fulbright scholar, published author and National Science Foundation Fellow.  Recently, she earned her Ph.D. degree in anthropology from Stony Brook University.  She has an ongoing study of a Microcebus, or mouse lemur, which she discovered on a 2000 field expedition in Madagascar.  As a result of her studies, it inspired the prime minister of Madagascar to establish a national park to help protect the new species, conserving the 10 percent that remains of the African island nation’s once vast forest.  In addition, she is a two-time Emmy Award-nominated correspondent for the National Geographic Channel.

When not deep in the jungle or on assignment, Mireya is an inspirational speaker and talks to audiences about the importance of conservation for a vigorous and healthy planet.  She has been profiled in People, Marie Claire, Latina, National Geographic Adventures, and Elle Magazine and also has made numerous appearances on the “Today” show, MSNBC, and CNN.  Kudos to Dr. Mayor for her amazing accomplishments and commitment to conservation! 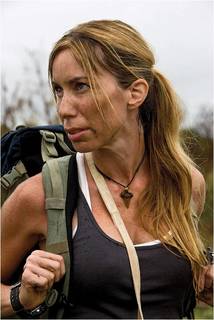 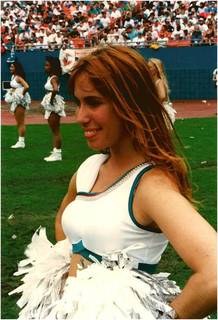 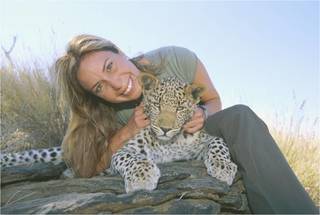