Here is a "Cheer Out" to Alumni Cheerleaders members, Norma Pimenta, Vicki Hammons Woodlee, Debbie A, and Darlene Cavalier!!

Cheers to member, Debbie A!!  It is definitely "All in the Cheer Family" for Debbie.  See  her family "Cheer branches" below.

"When I tried out for the 1980 Cincinnati Ben-Gals cheerleading squad, little did I know I would produce two future Ben-Gals.  "The apple doesn't fall too far from the tree" applies here,  for later, two of my daughters also became Ben-Gal cheerleaders; Jennifer for the 1999 squad and Liz the 2005 & 2006 squad.  I coached them in their early years in grade school and in High School where they both cheered as well.

I was lucky enough to cheer in Super Bowl XVI and was 3 weeks pregnant with Liz at the time, so we tell her she was also on the sideline cheering, and I would suspect the youngest NFL cheerleader ever!  I have since put in 21 years with a major airline and have retired.   They have a younger sister Amanda, who took the athletic route." 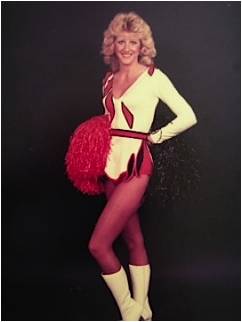 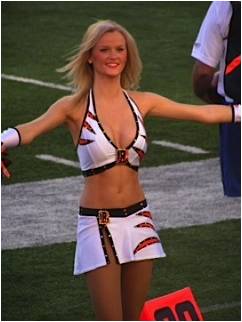 Cheers to proud Mom, author, and member Norma Pimenta!!  Check out her inspirational story - Smiling Eyes, A Cheerleading Coach's Personal Victory
"Sisters Erica and Erin Pimenta cheered together from the early ages of eight and ten years old for the Taunton Cubs and stayed together until they finished their senior years at Taunton High School, Erica in 1993 and Erin in 1995.  Not only did these two girls stay together, they were coached by their mother all of those years.  This family of dedicated cheerleading continues today as Erica (like her mother) now coaches a team of her own and the third generation of this family (at five years old) is now competing on her mother’s team.  My name is Norma Pimenta and I am the author of: Smiling Eyes, A Cheerleading Coach’s Personal Victory.  This memoir includes the many year from the 70’s to the 90’s that I coached and the six years of the second generation of coaching in the family.  Although the story ends in 2005 because my daughters finished coaching, Erica has picked up coaching with her daughter and one more time cheerleading continues in this family. I am the author of a memoir of a cheerleading story and the journey of coaching with the interruption of a bizarre accident.  This memoir tells about the year of recovery and returning to coaching while still learning to walk." 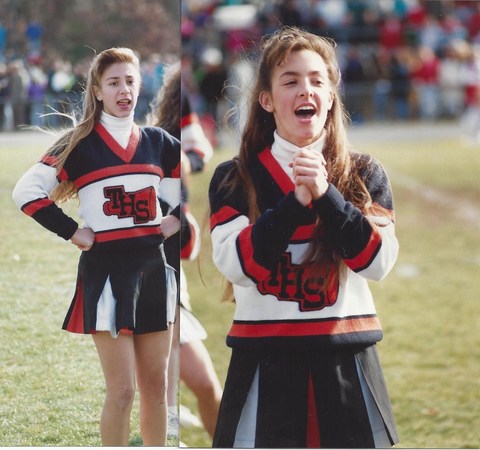 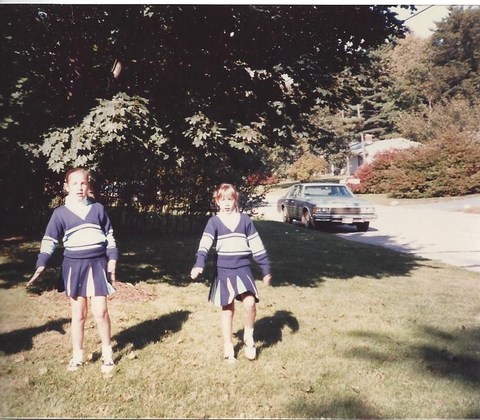 Check out Alumni Cheerleaders member, Vicki Hammons Woodlee (former Dallas Cowboys Cheerleader) and her too cute granddaughter Chandler.  Congratulations to her granddauhter making the JV squad!!  Like Grandmother, like Granddaughter!! 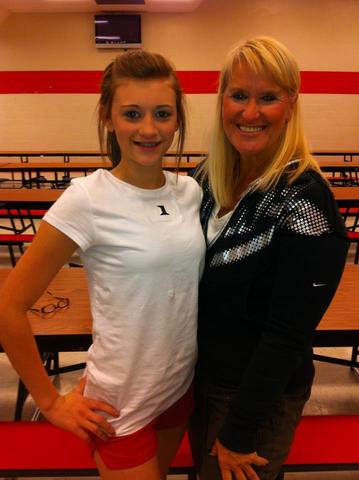 Congratulations to member, Darlene Cavalier being featured in the December issue of Discover Magazine!!  It reached more than 6 million readers!  Click here to read the article.

Darlene is a former Philadelphia 76ers Cheerleader and the founder of ScienceCheerleader.com.  Way to go Darlene! 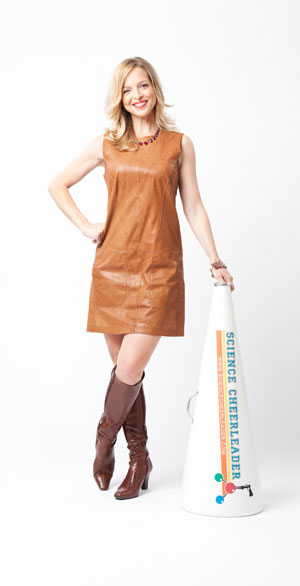