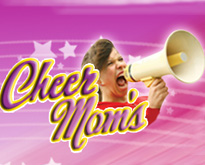 AUSTIN, Texas (April 25, 2012)---The Cheer Channel Inc. (CCI) announced today that it is starting production on a new reality series for cable, “Cheer Moms: No Time for Tears”.

In a “Real Housewives of Orange County” style, the show follows six cheer moms of one spirited community as their daughters’ gear up for an all-star cheer season.  When it comes to cheerleading, these moms, who are former cheerleaders themselves, are like Texas dads with their sons in football.  As their daughters fiercely compete for coveted titles, their moms become just as competitive in their lives too. If you think child beauty pageant moms are something to watch, cheer moms take it to a whole new level.

“With shows like “Toddlers and Tiaras” and “Dance Moms” on the air, “Cheer Moms”, which has been in development for a year and a half, is going to be a huge hit for us.  It allows us to present a show with inherent conflict and drama, yet with a background of the electricity of these amazing cheer competitions as well”, said Lance Robbins President of Cheer Channel Inc. and executive producer of the series.

Cindy Villarreal, founder and CEO of the Cheer Channel Inc. former Dallas Cowboys Cheerleader, wanted to bring to television the passion and the pain, and the joy and tears that she has witnessed over the years of cheer moms that sometimes go beyond the simple encouragement that one might give their child in a sport.  "There is something unique about a cheer mom. The sacrifices they make, the dedication to their daughter and to the sport, so much so that they take second mortgages in order to pay for the high costs of cross-country drives to weekly competitions” said Villarreal, who has attended thousands of events over the years, capturing footage of just this kind of experience.

CCI and their film crews have been working behind the scenes with major event producers who have allowed exclusive backstage access to the dramatic scenes that take place during the competitions.

During the summer, Cheerchannel.com and its various platforms, including the Cheer Moms Facebook page, and website CheerMoms.net, will air a 5-6 minute branded Web series introducing the cheerleaders and their moms and a preview of the show.  The show is targeted for the fall of 2012.

CCI is currently wrapping production on its first scripted show, "Secret Diary of an American Cheerleader".  The show will air as an original Web series targeted to tweens and teens that is sponsored by GTM Sportswear, PowerBows, Cheerleading Stunt Stand, Skechers, Malibu Sugar Clothing, Glamour Shots, Glitterbug Cosmetics, Chassé Accessories, and many other participating partners.