On October 23, 2015, members of the CFL Toronto Argonauts Alumni Cheerleaders squads from 1945 to 2014, performed at the Argos' annual PINK game in honor of women's cancers. 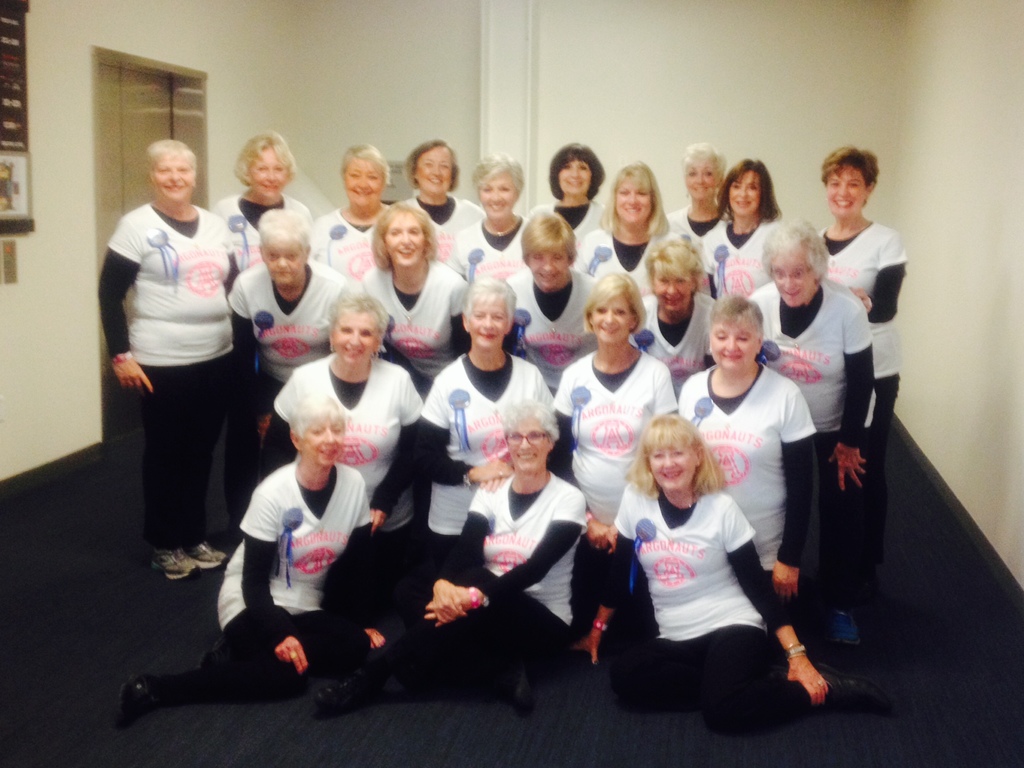 The current Argos cheer team also performed as part of the half-time show, along with a special appearance by Canadian country music star Tim Hicks, who played two of his current hits. 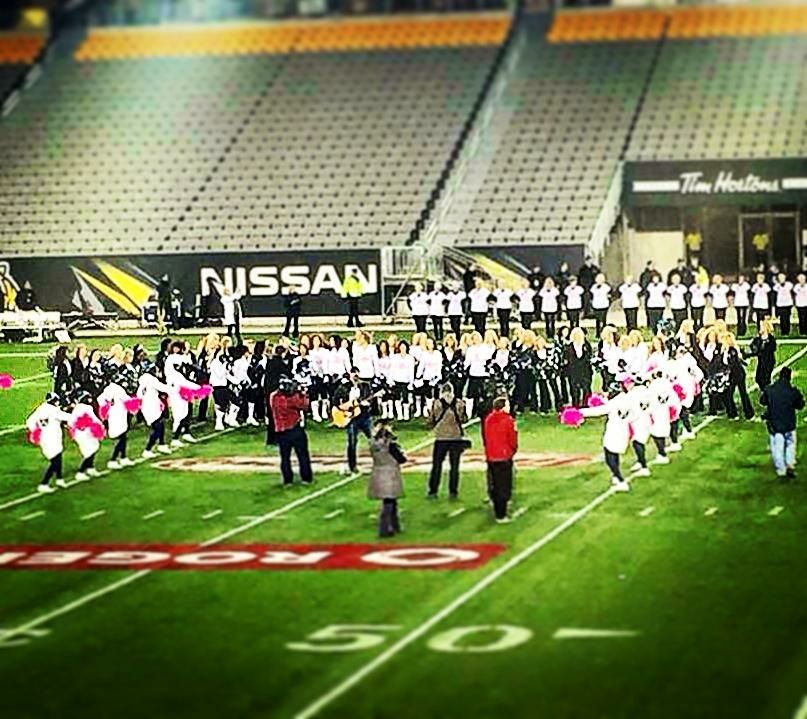 With just a few rehearsals and one quick pre-game practice together, these dynamic ladies put on a rousing half-time show, all together, complete with video and photo footage of Argo cheerleaders from decades past.

Cancer has touched each of these Alumni Cheerleaders, either personally, or through family, friends or colleagues. Each October, the Alumni Cheerleaders work together to present this show in honour of the cause.  With the addition of the Argoettes into the show this year, the annual PINK game for Toronto keeps getting bigger and better!

This year's PINK home game was moved to Tim Horton field in Hamilton, due to scheduling needs of the MLB Toronto Blue Jays, who share the Rogers Centre. The Rogers  Centre is the Argos' home, until the end of this season. The Toronto football club moves to BMO Field next season, for a new era of football memories to begin!

Toronto lost to the Montreal Alouettes at this year's PINK game, but it was a win in the fight against cancer.  The CFL Argos are North America's longest-running professional football team. Next year, Toronto hosts the Grey Cup (Canada's Super Bowl).   Watch for the Toronto Argos Alumni Cheerleaders to be strongly involved in Grey Cup Festivities when Toronto hosts the Canadian Football League's pinnacle event in November 2016! 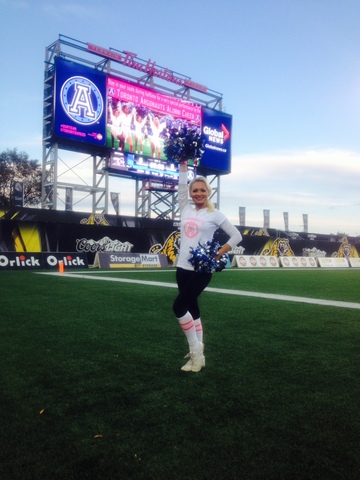