After the Poms with Janet Patrick - Former Washington Redskins Cheerleader 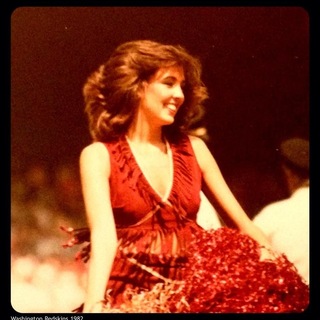 This week’s feature “After the Poms” story is on Alumni Cheerleaders member, Janet Bishop Patrick!  Find out

what she’s doing now "After the Poms"!!

Were cheerleading and dancing a part of your life when you were younger?

I started out as a ballet dancer at the age of 8 in Virginia, where I grew up, then by the time I was 14, I was able to go up to New York and study at the prestigious School of American Ballet (the official school of the NYC Ballet), the American Ballet Theater School, and the Joffrey Ballet School.  I very much wanted to pursue a career as a pro ballet dancer, but I just wasn't QUITE good enough.  I loved it and it broke my heart to give it up, but that's the way it was.  I fell back on going to college (Indiana University) and joined the dance team there.  I always loved football, so a Big Ten school was great fun! 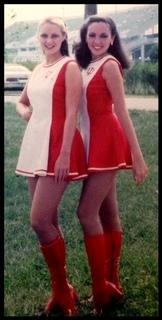 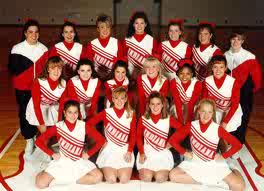 You were a member of the illustrious Washington Redskins Cheerleaders.  Please tell us about your experience cheering for the Redskins.

After college I came back to the Washington DC area, and fulfilled my Dad's dream of my joining the Redskins' cheerleading squad in those days (1980's), and we were still called the Redskinettes.  What fun we had! 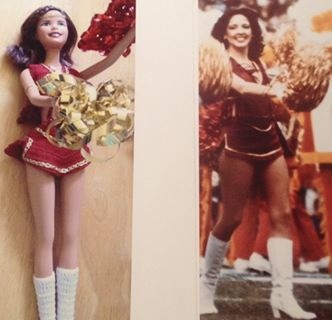 What are your most memorable moments as a cheerleader and dancer?

My very first year on the squad was 1982 when the Redskins went to and WON Super Bowl XVII against the Miami Dolphins! Then the very next year, we returned to the Super Bowl (XVIII) but lost that one to the Raiders.  It was still huge fun, though, getting to fly on the team plane and being on the field during a Super Bowl...there's nothing more exciting! 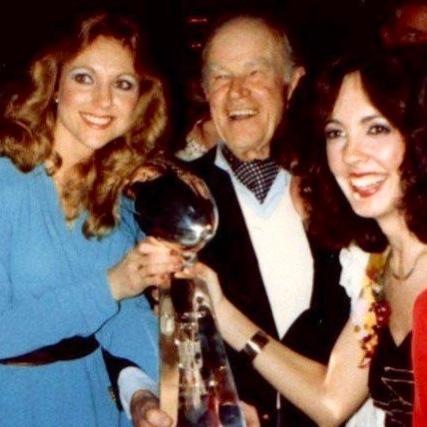 My third & final year on the squad was in 1984, and for that season I served as one of the 4 squad captains.  Also, I was one of 5 cheerleaders who got to go on our squad's first-ever USO Tour.  We went to entertain the troops in the Mediterranean, Turkey, France and Spain.  I was honored to have been a part of that! 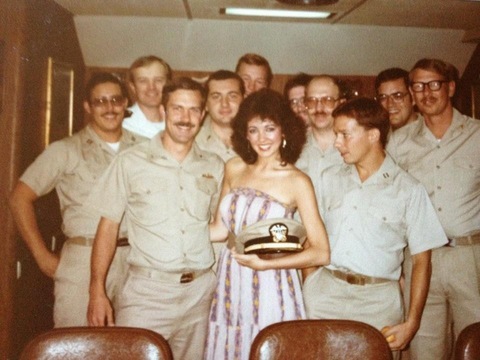 What advice would you give to a current or future cheerleader/dancer?

My advice to any girls who want to cheer or dance is that studying ballet is never, ever a waste of time and is always valuable training!  It is truly the reason I have done the things in my life that I've been able to!  I can recall while I was growing up that Redskins' season tickets were very hard to get, and my Dad tried for many years to do so, but was unsuccessful. It made me feel really great to have been able to hand him the two tickets that we got to each home game while I was on the squad!  I'll always cherish those years I spent as an NFL cheerleader!

Tell us what you are doing now and what you do in your spare time.  We understand you do voice overs too.

Since my cheering years, I've stayed connected to the NFL because I met and married in 1987, ESPN sportscaster Mike Patrick.  He did that network's weekly NFL broadcasts for 20 years.  Mike was actually our local ABC-affiliate weekend sportscaster when I was in high school so I've known him for most of my life!  He covered the Redskins, but I didn't start to date him until after my cheering days were over.  We live in northern Virginia with our many pets, and I've become involved in our local police department as a citizen/law enforcement liaison, and have done both modeling and commercial voice-over work in our area.  Now I'm becoming an author and am looking forward to hopefully getting my first book published this year! 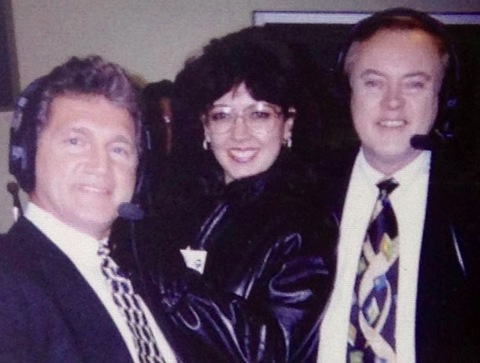 Travel destination:  London. I went the first time with my husband on our honeymoon in 1987, and then several times in later years.  I love its history!

Movie: My favorite movie is "The Best Years Of Our Lives" from 1946...about US servicemen returning home after WWII.

Thank you so much Janet for your time and interview with Alumni Cheerleaders!  Wishing you much success completing your first book!!