Kimberly Hoff, Owner/Director of Kimberly Hoff School of Dance and the Clear Lake Rocketes Competitive Dance team has extensive dance background beginning at a very young education when she was a 5 with Sonjo Isham School of Dance.  Her love for dance continued with her High School Drill team where it became clear she had a talent with choreography.  She began dancing professionally at the age of 17 at Six Flags over Texas Astroworld and the Theatre Under the Stars.  She has trained and performed with well known Houston area choreographers such as Delia Stewart, Glen Hunscucker, Stephen Boyd, Alex and Victoria Arizpe.  She dance for the NFL’s Houston Oilers Derrick Dolls and was a member of their show troupe.  With this organization, she traveled abroad to places such as Japan and Mexico. She dance professionally in Los Angeles and Las Vegas with Spell Bond Production in several well known shows.  She has worked with children in the Clear Lake area in excess of 10 years. She began teaching dance in the studio she grew is one the most recognized dance studios in the Clear Lake area.  Her multitude of talents have earned the Clear Lake Rockettes National Titles 5 years running.  She has won numerous choreography awards and several of her students have gone on to obtain dance scholarships.  Not only is Kim an outstanding dance instructor, but has a very positive attitude about life.  Her main goal is to make each student feel special and enhance their self-esteem and confidence, Kimberly is married to Danny Hoff and has two children, Daniel and Jessica. 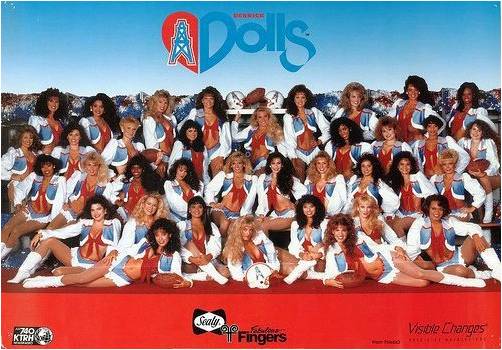 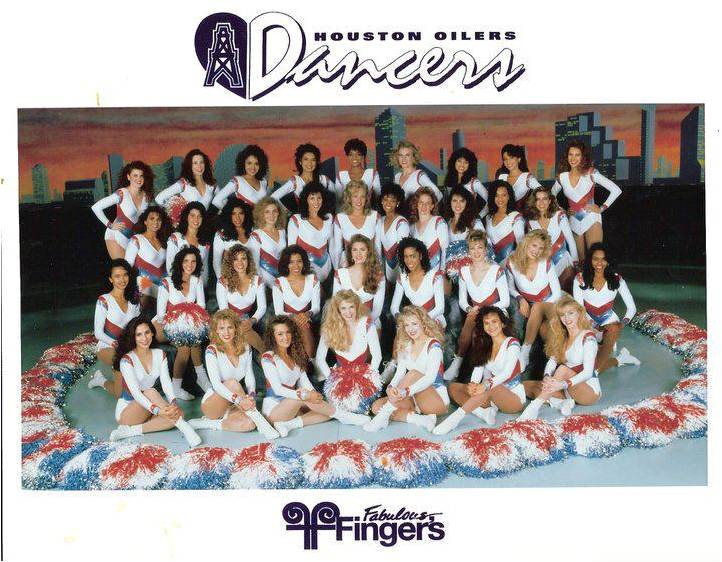 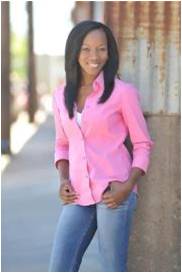 La-Showndra Hubbard was born and raised in Houston, Texas. She is a true Texan Cheerleader. She developed a passion for entertainment at the early age of 10. Dancing became second nature to her and the love she had for dance carried her to the Professional Leagues, where she entertained the football and basketball fans for years. She was a dancer for nearly every team in Texas. The Houston Oilers, Houston Comets, Houston Rockets and the Houston Texans Cheerleaders. She received modeling opportunity while performing with these different leagues, which also landed her film and commercial credits. She appeared on Spike TV, Nickelodeon and MTV Rock-N-Jock, performing during the Super Bowl. She was casted as a Dallas Carter High School Cheerleader in Friday Night Lights, The Movie. It was during this time she met the Director Peter Berg, who gave her the opportunity to cast and choreograph the cheerleading scenes for the Dallas Carter High School Cheerleaders. This opportunity gave her the inspiration to organize events for Competitive Cheerleaders and Dancers on a wider scale. La-Showndra is the creative mind behind Cheer USA Championships, a company that host Cheer and Dance Competitions throughout Texas for the competitive. 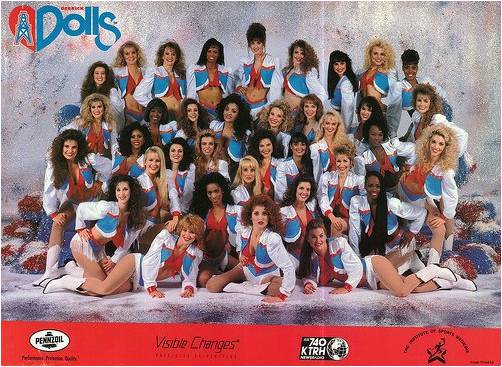 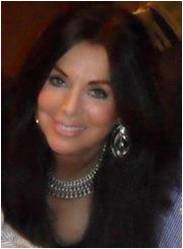 Elaine Pelino is a former Derrick Doll Cheerleader from 1978-1980.   Entertainment did not stop for Elaine after hanging up the poms.  She is the Owner/Publisher/Editor-in-Chief of Tigress Magazine.   Check out her magazine!Tigress : For the Fierce One-Of-A-Kind-Woman! On stands at Stop & Shop, Shaw's, Marchetti's, BankRI, Federal Hill, Caserta's Pizza, Twin Oaks.  For more info go to her Facebook page. 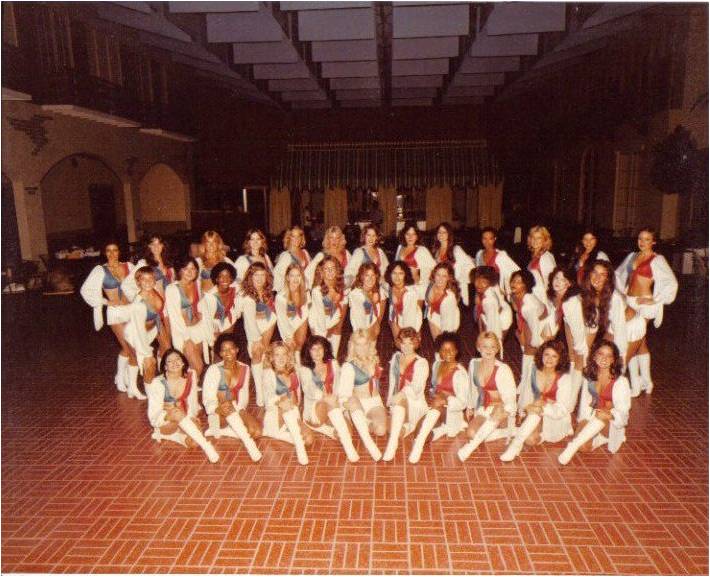 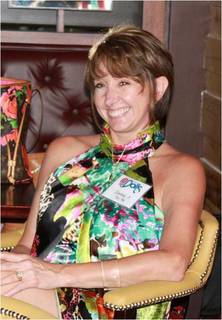 Barbie Parker began dancing at the age of eight at Twin Arts Dance Studio in Pasadena, Texas. She attended Pasadena High School where she served as 2nd Lieutenant and Colonel on her high school drill team. Mrs. Parker captured the titles of Miss Drill Team Texas, Miss Half Time Texas, Miss Drill Team USA 2nd runner up and Miss Half Time USA 1st runner up during her senior year, as well as receiving a full four year scholarship to the University of Hawaii. Dancing for the University of Hawaii Rainbow Warrior football games was only one of many highlights of her ten year stay in the Islands. While in Hawaii she choreographed and performed at several Hula Bowls, Pro Bowls and Rainbow Classic half times. In addition, her work with Show People Hawaii enabled Mrs. Parker many opportunities to work with stars such as Joel Grey, Tom Selleck, Charlie’s Angels (the original!) and dancing and choreographing industrial shows for Ford Motor, NFL, BF Goodrich, GE Electric, Apple Computer, Phillip Morris and many others. Upon returning to the mainland in 1990, she taught dance for Royal Academy of Fine Arts in Clear Lake and became an NFL cheerleader for the Houston Oilers. During her last year with the squad, she was employed with the Oilers as the choreographer and traveled with her team for performances and appearances to such places as Japan, Mexico and Canada. After the birth of her son Kai in 1997, Mrs. Parker decided she wanted to spend more time at home and accepted a position with Friendswood High School as the drill team director.

When Mrs. Parker is not dancing or taking care of her team she likes to find time to enjoy many activities. Loving snow skiing, cycling, hiking, and white water rafting are just a few things she likes to do, as well as applying for grants and scholarships. In November 2006, Mrs. Parker spent three weeks in Japan as a guest of the Japanese government. She studied the Japanese school system and their culture as a result of being the recipient of the Japan Memorial Fulbright Scholarship. In addition, she was a 2007 semifinalist for Director of the Year, and a semifinalist for the Horace Mann Abraham Lincoln Fellowship Scholarship.

Mrs. Parker is married to her very supportive husband and best friend, Richard Parker and is the proud mother of five children; Raymond, Kila, Charles, Kiana, and Kai; one grandson, John John; plus three dogs and a cat (Kaizer, Ralf, Buster and Tigger). 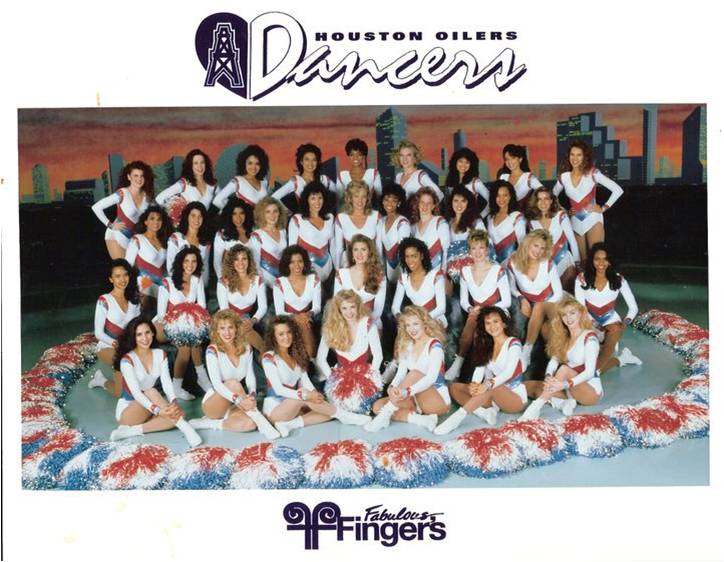 Alumni Cheerleaders is always looking for stories to feature and spotlight.   To possibly have your Alumni squad featured, please email info@alumnicheerleaders.com.  Just send a write up with when and where you all cheered/danced, 1-3 photos each (can be past & current), videos if any, tell us what you are doing now, talk about your family, accomplishments, etc.  You must be a member of AlumniCheerleaders.com.