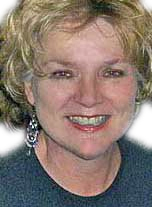 Buffy's cheerleading days began as a cheerleader at Middleboro High School in Massachusetts.  This talented lady also was a member and choreographer for the Semi Professional football club, Middleboro Cobras.  In addition in her spare time, she has taught NCA championship cheerleading squads and dance teams throughout the United States.

Her dance training began later in her life, at the age of 22.  To get back in share after kicking a bad habit of smoking, she took up dance, weight training and running.  Buffy had a 2 year daughter April and wanted to set a better example for her.  She quickly realized she had a new passion for dance.  As a result, she studied dance locally and in Boston at the Boston Conservatory of Music Extension Program and the Jeanette Neill Dance Studio.

Buffy had the heart and determination with trying out for the Patriots Cheerleaders.  She did not initially make it during her first few auditions for the team in 1978 and 1979.  She did not let this deter her and kept taking more classes and received more fitness training, being among the first group of women to get into serious weight training in the 1970s.  While running, weight lifting and dance were serious avocations, Buffy also had a passion for technology.  She was married, raising a daughter, going to college for engineering technology, and working part-time while taking as many dance classes as she could. She also began to teach some classes to younger students and to do some part-time modeling.

However, the goal of becoming a Patriots Cheerleader kept nagging her. Every year, Buffy remembered seeing Candy Haberman Gardner who made the team the first time she auditioned. Candy was always very friendly to her and they would talk at every audition.  Also some of the other girls knew Buffy by name. She always thought that was “kinda neat.” They were always very supportive.

Finally in 1982...success!  Buffy was one of 24 selected out of more than 300 hopefuls.  The first time she stepped onto the turf at what was then Sullivan Stadium.  She recalls just looking around, smiling and thinking, "Yes, hard work and determination really do pay off!" She also remembers Candy, and some of the other girls who had watched her try out over the past few years, coming up during that first practice, hugging her and saying, “Finally! Congratulations!" The many friends she made during those years are still with her today. 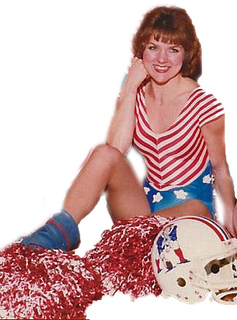 Some of Buffy’s favorite memories were being on the sidelines at the infamous “1982 snow plow game” the Miami Dolphins.  Another proud and favorite memory is being selected as a “feature girl” dancer for, not one, but three different half time shows in 1984.  This was definitely a proud moment for someone who did not start dancing until age 22.  At the end of her NFL cheerleading career in 1985, she was honored to receive the Public Service award, which was voted for by fellow squad members.  She had a lot of special time and especially the opportunity to work with great organizations such as the Special Olympics, American Cancer Society, Jimmy Fund, and many more.

Another proud moment for Buffy was being the first runner-up in the 1984 Mrs. Massachusetts pageant. In 1986 she was a second runner-up in the national Beauties of America pageant, 30s Division.  She credits weight lifting for winning the swimsuit competition.  Since then; Buffy has judged many cheer competitions and beauty pageants. 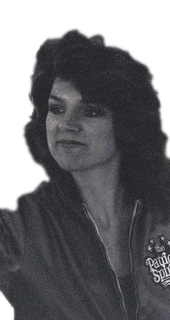 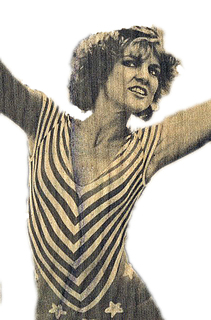 Buffy has a daughter April who used to attend a few practices and appearances where children were allowed.  Buffy also passed on her love of dance and cheer to April, who was an award winning cheerleader and dancer throughout her school years, as well as a top scholar.  April attended Arizona State University majoring in Musical Theatre.  Today, Buffy’s talented daughter April is a professional singer, dancer, and actress who has performed nationally and internationally. Buffy is so proud of April who is currently, April is a featured singer and the acting coordinator for Royal Caribbean Cruise Line’s Oasis of the Seas. 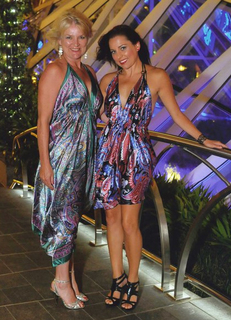 After hanging up the poms, Buffy teaches cheer and dance occasionally, but began to place more emphasis on her technical abilities. She completed her drafting certification program with a 4.0 GPA and ASET with honors at Massasoit Community College in Brockton, Massachusetts.  Also, running and cycling have replaced dance.  In 2000, Buffy ran her first marathon in Las Vegas and has been a member of several running and cycling clubs.  More to add to her list of accomplishments is completing four marathons (Las Vegas, San Diego, Chicago, and California) several century rides (including the MS150 seven times, and the Santa Fe Century). In 2011, she participated in the 180 Mile Trek Across Maine with Team Corning. The combined Trek Teams rose over $1.8 million dollars for the American Lung Association!  She expects to run her 5th marathon, the Maine Marathon, in September. 2012.

Today, Buffy is single, lives in Scarborough, Maine, and works as a CAD designer.  Buffy utilizes much of her Broadcasting education in developing social media products.  She has a passion for all things internet!  Every day is a new challenge, but considers herself to be very blessed and happy to be back on the East Coast. She credits her years with the NFL and all the work that led to her success there with her ability to persevere today.

Buffy is very excited to be reunited with her NFL friends and looks forward to the challenges of helping the NEPCAA develop and grow.